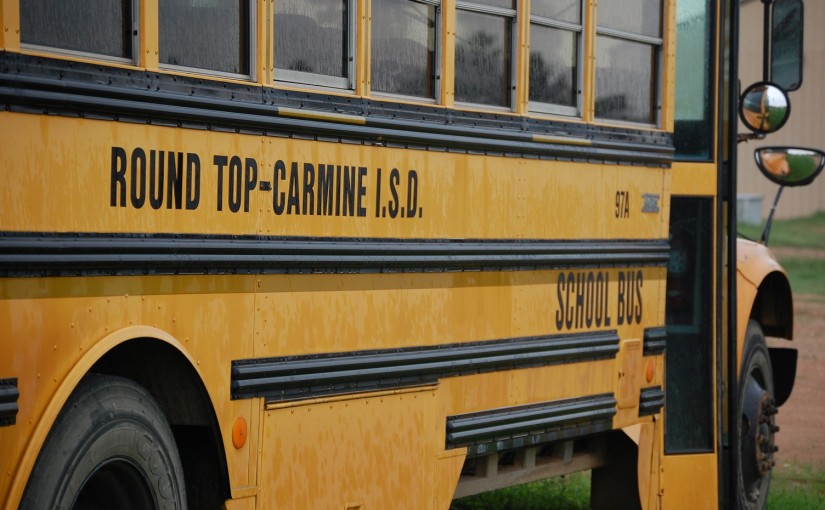 The buzzer ground out its final signal of the school year and we blew out of the classrooms with their box fans humming and their windows and doors propped open against the heat. We crossed the open-air sidewalk and ran out into the unfenced playground with the old steel slide and steel barrels welded into a tunnel and the worn wood and iron merry-go-round with weeds peaking out of the center pole.

I ran with them. The sun was hot and the wind blew across the hill and smelled of good clean dust and gravel, an earthy stone smell that tasted like freedom on the back of my tongue. The buses had not yet pulled alongside the school and we tossed our book-lightened packs to the ground and hit the playground in earnest, as if there would never be play again and we must squeeze it all into that final five minutes before we left for the summer.

It started with a single person, as most movements do. The zipper on her bag had long since come untracked and there were loose papers showing. Who knows but that the wind may have even started it by lifting out the first sheet. But, it was she who released the second into the air, and the third. I watched and it was like a performance, or a ceremony. She gently raised and let loose into the wind sheet after sheet, and they danced away across the grounds on the current of the breeze. 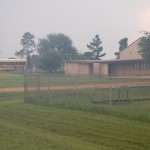 There was a smile on her face, broad and free, as she watched the marked-up graded papers drift away. As with all movements, she probably never intended to start anything. She was just living in the moment and being herself and seizing the opportunity at a small piece of joy that had placed itself before her.

And also as with all movements, there had to be a second, an early adopter. And when he came over to where she sat in the dust beside her book bag, he wasted no time in unzipping and tossing into the air his own marked up and graded papers. His face was not happy, though. It was ferocious and in it was pent up frustration and anger and he threw his papers into the air as if he wanted only to be shut of them, to seed them out into the universe not as something to grow, but as something to take hold and fester.

Regardless of their differing intentions, their actions were the same. The papers flew and others joined and I watched as the sheets flipped and twisted to the north, around the end of Round Top Elementary and across the open field where they finally caught and collected in the grown up fence row that separated the school grounds from cattle grounds. There were hundreds of sheets… maybe even thousands. 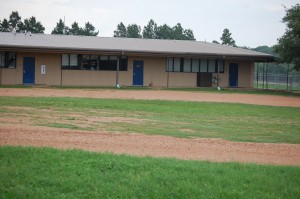 It was Ms Wubbenhorst who I heard first. She had a way of carrying herself that was all business and it was not by accident that many of the students called her Ms Whipping Horse behind her back. Her voice boomed across the breeze and the younger children who had been merrily tossing away all they had to show at the end of the school year lowered their eyes and abandoned their bags to escape her ire.

“What are you doing!?” she yelled, and the tossing of paper came to a close, everyone backing away from their packs. Everyone, that is, but the first two—the initiator still with a smile on on her lips and joy in her eyes, and the first adopter with anger in his set jaw.

She grabbed his hand and said, “I said stop it.” It was not a yell, but a calm and firm directive. He looked at her, the anger melting out of his eyes and furrowed brow, and she released him. She then touched the girl on the head and called her by name and told her in a quiet voice, “Honey, you’re making a big mess.”

And the girl looked at her and at the papers flying across the field. Almost as if seeing the scene for the first time, she dropped her shoulders and the smile left her and she managed a meek, “I’m sorry.” And just like that, the movement had ended, but the evidence of its occurring remained, caught and bound in the wire and undergrowth that had stopped the sheets from moving beyond the schoolyard boundary.

The whistle blew as a signal to board the buses and the children stood, waiting on a directive from Ms Wubbenhorst. She took a breath and let it out. “Go on!” she said. “Have a good summer.” And they broke for the buses and were gone.

There was not a single unified reason behind the tossing of the papers that day. To some it was out of joy, to some it was out of frustration, and to some undoubtedly it was out of being a part of something that just swept them up without much thought going into it at all. One thing is certain. They were each living in the moment. They were not concerned about the mess they may be leaving, nor about the time it would take to clean up, nor about the potential impact paper and ink and graphite and staples might have on the country, nor about the fact that their parents might actually want to see some of the work they had spent their final days at school that year producing. They were not thinking about anything other than what was happening at that moment in time.

As the teachers and the principal and the janitor walked the fenceline stooping and filling black plastic trashbags with sheets of paper on that the last day of school, I walked with them and helped, not out of kindness or loyalty or guilt, but simply because Dad was the principal and we weren’t going anywhere until the mess had been cleaned up.

They worked in silence for the most part, and I caught myself looking at the scene through their eyes. Ms Wubbenhorst and the teachers undoubtedly felt anger toward the students. After all, the teachers probably had plans for the last day of school that did not include picking up thousands of sheets of paper. And I thought about how they would shame the students with the memory of this day in the fall and again before school let out the following summer in hopes of preventing such a mess from occurring again.

I watched the janitor as he worked, quick and purposeful and not upset nor proud, nor burdened by the fact that he was cleaning up after others, because that ultimately was his job. Others used and broke and he fixed and patched and that, for better or worse, was his choice and his lot and he did not waste time with resentments or what ifs. He simply did what needed to be done.

And I don’t know what the principal thought. We never talked about it in those terms. But I know what I want him to have thought. I want him to have thought that some messes are important to make. And the ones that require others to clean up sometimes are the most important messes. I want him to have thought that in this world sometimes living in the moment means that the universe tips slightly and balance teeters, but that it is our job always to allow that imbalance and then to quietly and simply clean up afterward. In short, it falls to a precious few who have the patience and the love and the kindness and the perspective to watch life unfold and then to restore order to the universe when it is in their power to do so. 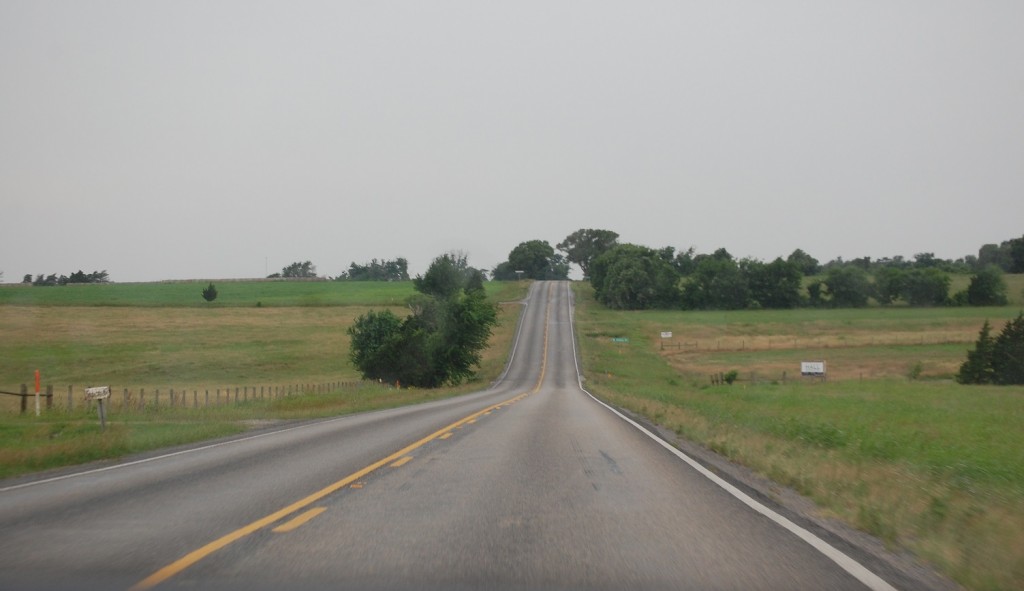